Bullhead Point is located at 711 West Broadway along Lake Neatahwanta. It is a popular location for fishing and community events. The pavilion can be rented for private events. From the main pavilion, the pier reaches 500 feet out into Lake Neatahwanta to the gazebo. Public restrooms are available in the Tourism Center building.

Foster Park is located on the western shore of the Oswego River, 32 Foster Street. The entrance is on the riverside of the intersection of West First Street North and Worth Street.  The park was established in 1937, and is named after James A. Foster, the first mayor of the City of Fulton. Foster served 3 terms — 1902-1904, 1906-1907, and 1932-1933. The Foster family business was the Foster Brothers Cutlery Company. The park offers a pavilion with grills, playground equipment, and softball field. 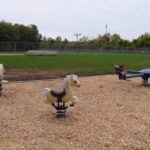 Hulett Park stretches from 601-699 Division Street (between South 6th and 7th Streets). It was established in 1944, and C.V. Abbott Memorial Playground was added in 1991. The playground accommodates children pre-school through age 12, and the park also offers picnic tables, grills, benches, and restroom. 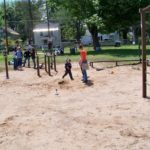 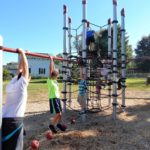 Indian Point is located on the Eastern shore of the Oswego River, at the intersection of North 1st Street and 275 North 2nd Street, near the Fulton City limits on Rt 481. Construction of the Indian Point Landing and Oswego River Pathfinder Trail (2010) was directed by Mayor Ronald Woodward, transforming a small boat launch into the boardwalk, 2 gazebos, and pedestrian trail present today.

John Lincoln Park is located on Gilbert Street near 243 South 12th Street. It was established in 1967, and was named after civic leader, mayor-elect John Lincoln. The playground includes a small ball field and several swings.

Oswego Falls Park  was named after the nearby waterfalls in the Oswego River. It is located at the intersection of Union Street and South First Street (198-120 Union Street). From 1600-1828, the site was used for colonial portage around the falls. Fort Bradstreet also stood on the site from 1759-1767. Today, the park includes a basketball court, playing fields, swings, and other playground equipment. 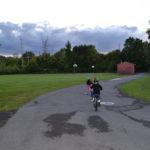 Patrick Park entrance is located near the corner of Frawley Drive and Patrick Circle. The park was named after Percy Patrick, Fulton Mayor from 1965-1979. It was built into the neighborhood when the area was developed, as a donation from Patrick Brothers Home Building. It has a grassy field, swings, a 4-seated bouncer, and inclusive Ten-Spin (pictured in photo). 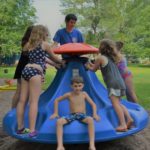 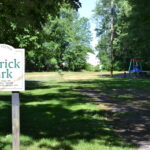 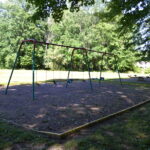 Quirk Park is a well-shaded park located at 721 Utica Street, with its northern boundary on Cayuga Street. Established in 1932, the park presently offers a swingset, tetherball, benches, grills, and shaded grassy area.

Recreation Park,established 1961, stretches from 6-98 William Gillard Drive, between West Broadway and Chestnut Street, with Lake Neatahwanta at its western boundary. In 1921 John W. Stevenson, general manager of the American Woolen Mills, created recreational facilities on the site for his 1,500 employees. The original structures, including an auditorium, an open-air dance pavilion, carousel and athletic field with grandstand are no longer there, but the park’s 25 lakeside acres are still used for recreation. Today the picnic area near Chestnut Street has a pavilion, picnic tables, and grills. Mature trees provide natural beauty and cool shade for park visitors. The picnic area includes benches, outdoor fitness and play equipment, Friends of Fulton Parks Reflection Pond with Garden.  The park also includes ballfields, War Memorial Building, Ice Arena, and Teen Haven play area. 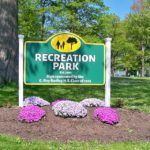 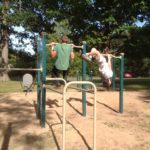 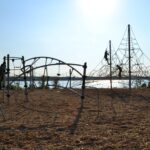 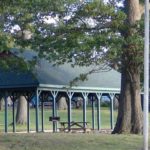 Rowlee Beach Park encompasses 16-99 S 12th Street, near the east terminus of Utica Street. It is named for Elon K. Rowlee, Fulton Mayor from 1942-1949 and 1960-1965. It includes Sharp’s Pond, a former popular swimming area, which now hosts a variety of beautiful birds and other wildlife. This park has large, partially-shaded grassy areas.

Schenck Park is located on the corner of West First Street North and 200 Worth Street. This small park is named after the Schenck family, who were prominent in Fulton’s early history and lived near the site. A bench facing West First Street, a landscaped garden, and flagpole provide a quaint respite from the hustle and bustle, or a quick rest from walking the bridges. 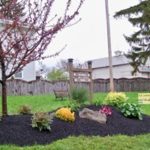 Schenck Park After Landscaping in 2014 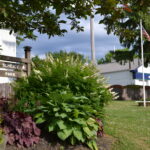 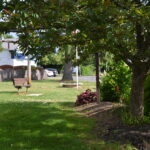 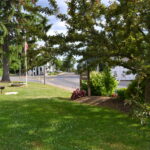 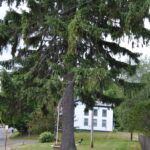 VanBuren Park is located on VanBuren Street where it converges with North Sixth Street. It was established in 1962. It was named after the John VanBuren family, one of the first families to settle in Fulton, and cousins of United States President Martin VanBuren. It offers tennis courts, swing-sets, half-mile fitness/walking trail, open fields, a picnic shelter and grills. 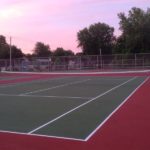 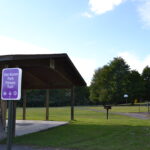 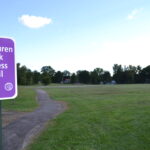 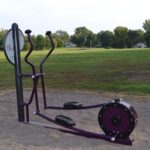 Veterans’ Park is located at 100-152 South First Street, running between the Fulton Public Library and a public parking lot. It honors veterans with memorials and flags. It also provides benches with a view of the river in both cool shade, and warm sun. 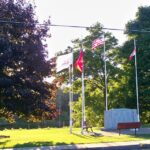 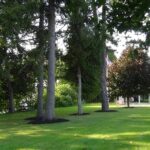 Veteran’s Park from the south

Voorhees Park occupies 199-151 North 4th St and 199-151 North 3rd Street, between Academy and Buffalo Streets. The park was donated by James and Martha Voorhees to the Village of Fulton in 1853, and established as a City of Fulton Park in 1933. In 2005, a new playground was installed to accommodate universal play. Benches and beautiful trees line the sidewalks for a lovely stroll. Shade trees will keep you and your dog cooler in the summer months, and a dog station is available for your convenience. 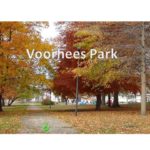 Voorhees Park in the Autumn 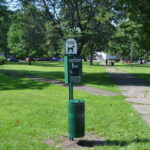 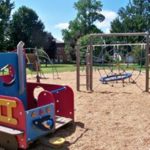